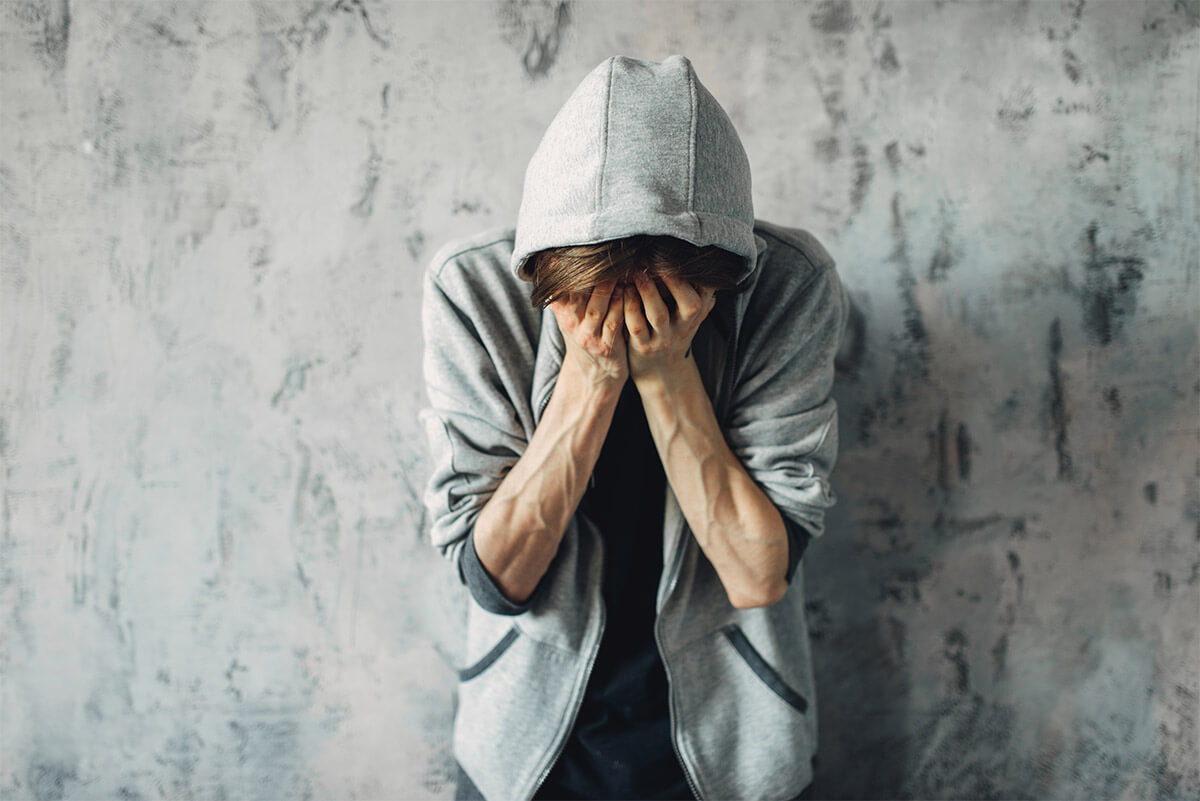 Drug addiction is a serious problem that affects millions of people globally. It can destroy lives, even entire families, and affects people from all walks of life. Addicts can lose careers, lose family and friends, and find themselves in trouble with the law. Addiction can also severely damage health, and in severe cases, addicts can lose their lives.

The good news is that professional help is available, like clinics for drug rehab in Bali and elsewhere. Such assistance won’t make it easy for an addict – kicking an addiction will remain extremely difficult – but a professional will help give an addict the tools they need to fight their infliction.

And while it is possible for an addict to recover, it becomes easier if they begin their fight early in the development of the addiction. However, catching an addiction early is often difficult because it will often be hard to recognize that there’s even a problem at all.

As such, it helps to understand what addiction looks like so people can recognize the signs of drug addiction, encouraging the addict to get help sooner rather than later. This article takes a look at some of the signs that somebody is developing a dependence on drugs.

Symptoms Experienced by the User

Some symptoms of addictions will be experienced directly by the patient and are often not recognizable to others.

1. Prolonged use of Medication

Some drugs, such as certain painkillers, can be addictive despite being intended to help the patient. If you are using such Medication and you continue using it longer than prescribed, you might be developing a dependency.

If you have been using addictive Medication, it’s essential that you only take the Medication as prescribed by a doctor. Having difficulty stopping is one of the signs of drug addiction, so you should speak with your doctor as soon as possible. 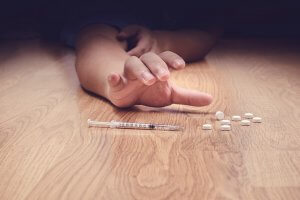 2. Spending Time Thinking About the Drug

Addictions can take over lives in numerous ways, including your thoughts. If you are developing a dependency, then it can dominate your thoughts throughout the day, potentially distracting you from work and other tasks.

Most people will use substances or partake in certain activities in moderation. And one of the most important things they can do is to limit themselves to avoid using too much. For example, many people will happily get drunk at the weekends but avoid having a drink on weekdays.

However, such self-control is much harder for people developing a dependency, and a lack of self-control is one of the signs of drug addiction. If you tell yourself you will only use so much but find it difficult to stop, it could be time to speak with a professional.

Many people developing an addiction will start experiencing withdrawal symptoms when they don’t have the drug. Such symptoms can include, shaking, headaches, sweating, and feeling ill in general. More severe symptoms include fevers, depression, confusion, and seizures.

In addition to these symptoms, you might also begin experiencing cravings for the drug you’re addicted to. Such cravings can be so overpowering that they become extremely difficult to resist.

When people first start using drugs, those drugs will likely have a powerful impact, making the patient feel high or relaxed, etc. However, the more a person uses a drug, the more resistant they become to its effects.

When a patient develops a resistance, they will need more and more of the drug for it to have any effect. Needing more of the drug increases the patient’s consumption, exasperating the problem further.

Drugs, shopping, gambling, and other activities cost money and, as mentioned, addicts can need more and more of the substance as time goes by. As such, in addition to the other problems that excessive drug use can cause, it can also play havoc with your finances.

Once an addict’s financial reserves are gone, they will need to find money from elsewhere to fund their habit. This makes borrowing one of the signs of drug addiction, or even stealing to get the money they need.

We all have our favourite pastimes, from reading books to extreme sports, and we tend to enjoy those pastimes whenever we get the opportunity. If you are developing an addiction, however, then you will become increasingly less interested in your hobbies.

Losing interest in hobbies can also lead to other problems, such as social withdrawal and losing healthy activities. As such, if you do find you are no longer interested in doing what you loved to do, you should ask yourself why that is.

Most of us have had a hangover or even experienced ‘downers’ after using drugs. But this is not usually a problem, especially if you experience these symptoms when not working or performing other tasks.

But addicts will often find that their habits do affect their ability to function as well as they need to. For example, they might begin struggling at work or even have difficulty with household chores, leading to a deterioration in their quality of life at home.

If you’ve developed a dependency on drugs, you will likely be looking for your next hit from different sources. And one of the signs of drug addiction is experimenting with different substances in the hope of finding something else that fulfils your cravings.

The search for new drugs might even lead to you stealing drugs from other people, perhaps even looking through medicine cabinets and similar. Experimenting in this way can be particularly dangerous as you can never be sure of how different drugs will interact with each other. 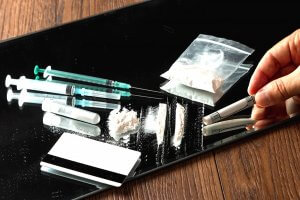 Most people wouldn’t try to hide having a hangover unless it’s at work or in another scenario where they need to appear professional. But it’s not uncommon for addicts to begin hiding their behaviour regardless of their situation.

Hiding behaviour born by addiction makes it harder for other people to recognize you have a problem, meaning you’re less likely to get help. Instead, it’s best to bottle up the courage to tell somebody so the recovery process can begin.

Symptoms Noticeable by Other People

While many of the signs of drug addiction will be noticeable mostly by the patient, others are recognizable by other people as well. This is important because when other people notice there’s a problem, they can ensure the addict gets the help they need.

1. Struggling at Work or School

Addictions can start from a young age, even among school children. A kid who is developing a dependency will likely begin suffering in terms of grades as the addiction affects their performance. This means that a drop in grades should be investigated to discover what the issue is.

Of course, there can be numerous reasons why a child’s grades are falling, but you should still investigate. Even if addiction isn’t the problem, you might still uncover something else that needs addressing.

Of course, adults can also suffer at work, potentially harming their career development or even risking their job altogether. While adults will often hide poor work performance from friends and family, managers and work colleagues are likely to notice.

It is not uncommon for an addict to start experiencing relationship difficulties with other people, including those closest to them. The impact of the drug and its symptoms can lead to unusual mood patterns and arguments, while loved ones can also be affected by the patient’s cravings.

If you do know somebody who appears to be behaving differently with those around them, it can be a good idea to talk with them about it. They might not admit to showing signs of drug addiction, but your chat might still reveal that they have an issue.

Drug addiction can play havoc with a patient’s health. They can stop eating properly, stop exercising, and have difficulty sleeping at night. These factors, and others, can combine to leave the patient with less energy and enthusiasm than normal.

While a drop in enthusiasm and energy levels is not necessarily down to an addiction, it should still be addressed. In some cases it might be down to another health issue that’s treatable, making it a good idea to investigate regardless.

Most people will try and take reasonable care of their appearance, such as grooming, washing, and wearing clean clothes. However, an addict is likely to take less interest in how they look, and it can be quite noticeable in some cases.

If you do notice that somebody isn’t taking care of their appearance or hygiene, it’s a pretty strong suggestion that something is wrong. It’s not always the case, but that something could be an addiction.

As an addiction ravages an addict’s well-being, their appearance will become increasingly unhealthy. For example, the patient might lose weight to unhealthy levels. The patient can also develop pale and clammy skin, bloodshot eyes, and appear generally run down.

As such, an unhealthy appearance is one of the signs of drug addiction. Such is the harm that addictions can cause to the patient’s health that they can cause severe complications, which can be fatal.

We all have different budgets available to us, and most people are able to leave within their means. However, somebody with an addiction can find their need to find more drugs overrides everything else, meaning other financial commitments can be overlooked.

Friends of the patient might notice that they are struggling to pay bills and may be asking to borrow money. It’s even possible the patient might steal from friends and family out of desperation to find their next hit.

Addiction can change the most upbeat, confident person into a withdrawn, quiet shell of themselves. Their behaviour can change to the point where they become a different person, with the changes rarely for the better.

Such behavioural changes can exasperate the problem further as the patient spends less time with people who care for and would support them. The patient might also begin socializing with other addicts, potentially worsening the situation further.

A healthy appetite is essential for good health. Without enough nutrition, we will begin to lose weight while our immune system will also be weakened, leaving us prone to illness. Sudden, unexplained weight loss should always raise cause for concern.

Not only can sudden weight loss be very bad for your health, but it can also be a symptom of a serious underlying cause, including addiction. Regardless of the cause, getting the patient help as quickly as possible will help ensure they make a full recovery.

As mentioned previously, an addict will often try to hide the fact that they have a problem, taking steps to cover up where possible. However, it’s only possible to cover up such behaviour for so long, and they may be challenged eventually.

The challenge will often come from somebody who cares, but the patient might still react badly. Instead of appreciating their concern, one of the signs of drug addiction is that they become defensive instead. They might even become defensive to the point where the relationship is damaged.

Above are some of the most common signs of addiction. Knowing the signs of drug addiction can be essential for the patient because it’s important that they get treatment as soon as possible. If help is not found soon enough for them, then they can lose everything, including their lives and others around them can also be hurt.

If you do think you have a problem, or you know somebody who does, it’s best to speak with a professional as soon as possible. They will then be able to guide you on what steps to take next, whether the patient is you or another person. And remember that recovery is possible, and even long-term addicts can build a new life for themselves.