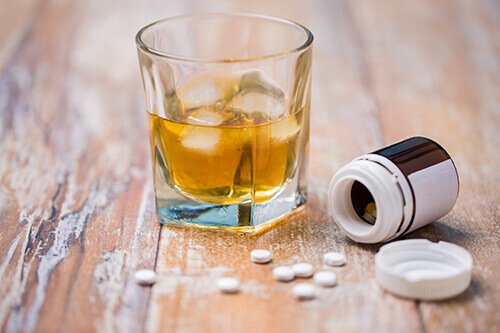 08 Aug Is Alcohol Considered a Drug?

If you were to ask a group of people about a list of drugs, you’re unlikely to find alcohol included in the list. Alcohol is perhaps the world’s most acceptable drug and is one of the leading causes of substance abuse. Merriam-Webster describes the word drug as anything that causes addiction and dependence that results in a marked change in the individual’s behaviour. Anyone who has dealt with an alcoholic up-close and personal knows the harmful effects it provides, especially when consumed in large doses.

Getting someone to stop drinking is a monumental task. While it may not pose the same level of addiction as heroin or crack cocaine, but when it grips it can be quite a challenge to overcome. The person feels miserable, they might have chills and throw up, and they might end up making decisions they wouldn’t when they are sober. If alcohol consumption turns into a severe addiction, suddenly withdrawing from drinking can potentially kill you.

This fatal state of alcohol withdrawal is known as delirium tremens (DT) and the effects can be devastating. The person may experience hallucinations, seizures, delusions, and other similar conditions that alter their mental status. As much as 40% of alcoholics die from delirium tremens as a result of cardiovascular collapse. Once an alcoholic in withdrawal enters this state, it’s a serious medical emergency.

With all of the negative effects that alcohol brings, this begs the question; is alcohol considered a drug? Today we’ll go in-depth and find out if this substance deserves to be classified as a drug. Furthermore, you are not alone when it comes to the role alcohol plays in your life, feel free to get in touch today with the leading drug rehab centre in Bali to speak with a professional.

Excessive alcohol consumption can result in death, just like heroin and other opiates

People who take too much heroin that is purer than they’re expecting can suffer from an overdose. This can prove fatal as the opioids slow down the person’s breathing, depriving the body of oxygen and ultimately leading to death. The same phenomenon happens when drinking alcohol excessively. Alcohol affects the part of the brain that controls the person’s heart rate, breathing, and consciousness. Taking in more alcohol than the body can handle can result in a state of coma and worse cases, death.

Extremely drunk people who have slept off their drunken state can die from suffocation as well. They vomit and inhale the material they’ve expelled which obstructs their breathing. If their vomiting reflex is good and they throw up most of the alcohol, they may live to see another day. Alcohol can also slow down the heart rate until the person dies from lack of oxygen. These incidents may not happen frequently, but alcohol can prove quite deadly just like opioids when abused.

Alcoholism affects not just the alcoholic, but friends and family as well

The effects of alcoholism go beyond the alcoholic itself. The people surrounding the alcoholic can also suffer as a result. When a person is under the influence of alcohol, their decision-making is impaired and they might end up making decisions that they’ll regret once their drunk state has passed. Some drinkers turn aggressive and exhibit violent behaviours, leading to both physical and verbal abuse that greatly affects family members, especially children who are vulnerable at such a young age.

Close friends might find it difficult to support and help their alcoholic companion due to their dependence on the substance. Despite the efforts of helping them become sober, the person ultimately reverts to drinking alcohol in large amounts as a form of escape and relief from the outside world. The people surrounding the alcoholic bear the consequences of their uncontrolled behaviours and this can put significant strain on the person’s relationships with other people.

If the person can’t reduce their alcohol consumption, they have lost control of their drinking which fits them into the category of an alcoholic. Perhaps the most effective way to help them overcome their addiction is by entering them into an alcohol rehabilitation program where they can be provided with the professional help that they need.

Despite the need for alcohol rehabilitation, an alcoholic will most likely refuse the idea, simply because they do not recognise the severity of their situation on their own. This can lead to a severe state of alcoholism where the person’s life is placed in serious jeopardy. The problem is that they’ve become too dependent on alcohol and they believe it’s the solution for all of life’s troubles. Consuming excessive amounts of alcohol jacks up dopamine inside the person’s body and triggers a rewards system that causes them to feel good whenever they drink. This can lead to a vicious cycle of substance abuse until they no longer realise the ramifications of their actions.

Alcoholism can also promote addiction to other substances like cocaine, ecstasy, and heroin. Combining drinking and drugs can trigger permanent health complications and death if the person has spiralled out of control. At this stage, it becomes a rather impossible task to end the person’s substance abuse. But keep in mind that even the most severe addicts still have a chance to turn around and change their ways. It takes a strong support system and an effective rehabilitation program that’ll allow them to rehabilitate and replace their destructive habits with positive behavioural patterns.

The verdict on alcohol being considered a drug

When we think of drugs, the first things that come to mind are cocaine, meth, heroin, and ecstasy. But alcohol certainly belongs in that category as being a destructive substance in its own right. Many people suffer from alcohol addiction and have impacted their lives in a way that is very tough to recover from. Yes, alcohol is considered a drug and alcoholics are in dire need of help and support to get them out of a seemingly black hole. It takes a lot of self-awareness to understand how alcohol works similarly to a drug and the more people that know about it, the less likely they are to succumb to this potentially fatal substance.